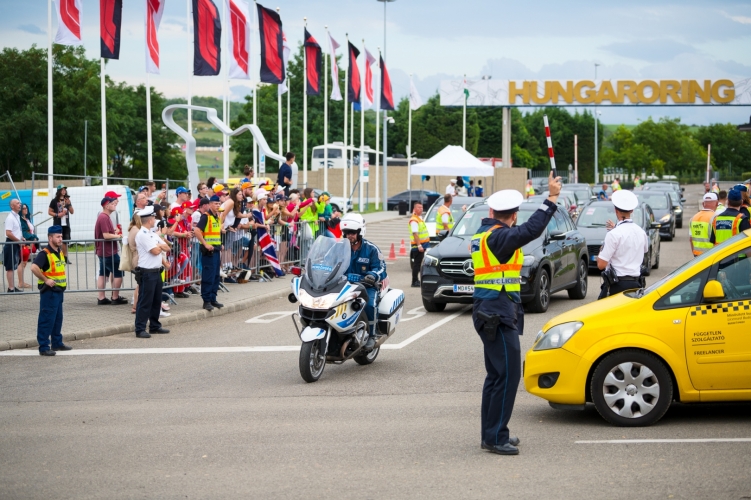 The 36th Formula 1 Hungarian Grand Prix is over.

After the race, thousands of spectators set off on foot and by car from Hungaroring.

Police overseeing event security monitored and assessed spectator movement continuously with the help of static CCTV and aerial footage from the Police Support Unit helicopter on the basis of which traffic management was coordinated.

Normal traffic conditions have been restored, no accidents occurred which required police intervention.

The race weekend passed without incident, police security duties were carried out as planned, without any extraordinary event.

Pest County Police would like to thank all who showed an interest in the event, pedestrians and motorists visiting Hungaroring for their patience and cooperation, which aided the police in the conduct of their duties.​